So I went over to COCOCOZY Headquarters (HQ) in Beverly Hills earlier this week before work…to check out and photograph our 2013 new fabric samples!

I was so thrilled when CM who runs all things operations called me and told me JW had picked up the fabric from the workshop where we have all of my designs printed.

Have been working on these designs over the last few months – drawing, photographing, working with graphic designer to realize them in digital files, fretting, being unsure, making decisions and then spending the money to have all made – after all of that, it is always so fun to see the designs that I dreamed up come together as actual textiles!

Can’t reveal just yet as we will show the 2013 collection for the first time in Atlanta in January and in New York in late January/early February. This will be a new line of pillows called COCOCOZY Light…a little more affordable hopefully than our luxury linen collection…but still on brand with everything else I’ve designed for the collection and that have become standard to the “COCOCOZY look”.

As with all of our pillows, the new collection is made in the U.S. from imported fabrics (I design, print, sew, and assemble here in the United States but the base raw cloth we use is imported).  Not that you care but interesting to note, for labeling purposes according to the Federal Trade Commission (I called a nice person at the FTC and asked him what we need to say on our labels) – our labels say “Made in the U.S.A.  from imported fabrics” for our pillows.  Our cotton knit throws are just Made in the U.S.A.

There a few designs in the new COCOCOZY Light 2013 bunch that feel somewhat different than anything else I’ve designed over the last few years – best of friend AM had some notes on one of the patterns because she worries it feels like such a departure from what I’ve done in the past. She’s 100%  right by the way but I’m going to take the risk and see what people think!

Anyhoooo…so I took these photos shown here one morning this week at 8a at COCOCOZY HQ. This is the stack of strike offs which are 1-3 yard samples of the new COCOCOZY designs.  If you look closely you might get a glimpse of what’s to come in the new year!

Would like to thank CM and JW who work at COCOCOZY….because when I brought the new designs in…they weighed in on which they liked and which should remain on the cutting room floor…we narrowed it down to about 7 that I am happy with…we’ll see what you think.

P.S.  Our COCOCOZY Logo Lucite trays have been a hit.  We now are sold out…but will be accepting pre-orders that will ship after 12/19/12.  We are going to offer express shipping in case you need it by Christmas. 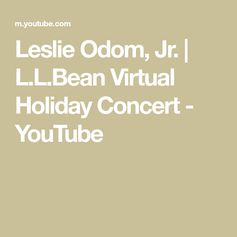