Every year about this time, I write my New Year’s Eve post.  Somewhat reflective…with lofty goals in mind. I’ve challenge myself and I always challenge you dear readers to grow.  This annual post is always a little sappy and a little wistful…but also hopeful and optimistic definitely.

This year is different.  It is all about looking forward and being doggedly optimistic.  I say bring it on 2017.  Bring it on. I am ready to conquer the world! 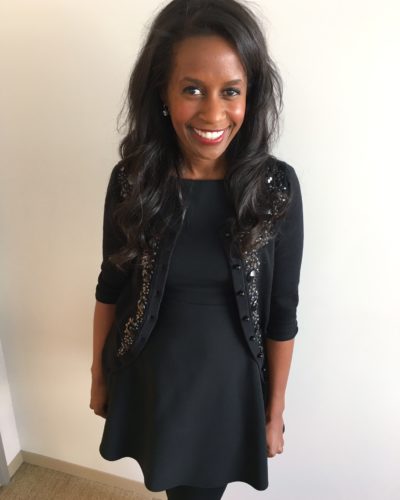 One of my smaller goals for last year, was to take a hip hop dance class. Well on December 31, 2016, I signed up for my first ever beginning hip hop dance class, dragged my sis DS to it and we literally danced our way into the new year.

The dance class was a metaphor for life. When we arrived at the studio, a huge place in Hollywood, I realized it is a place for people who love to and know how to dance!  This performing arts dance studio is for pros and for non-pro/amateur dancers across the city.   Our beginning hip hop dance studio was filled with lots of strangers…some with skills, some with moves, some (namely me) with only pure optimism. The instructor, a guy named Dean, started the class by saying just barely a few words (he may have only said “hi I am Dean”)…then he just turned up the music and started dancing.

At first, I paused, as I had never taken a hip hop dance class and I probably haven’t taken a dance class since I was in elementary or junior high school. I stood there a bit stunned. Then I noticed people were just jumping right in…following his moves…and some even doing moves of their own. I put my inhibitions aside and just started to move…listening to my own beat…living in the moment…doing it.

Needless to say…me in the actual class was a comedy of sorts. Out of about 50 beats of the moves, I probably hit 1 or 2 after an hour an half class. It was hilarious. When everyone was “tack tack tacking” left, I was inadvertently following the beat to the right. I couldn’t catch up with any of the moves…my feet were not at all coordinated with the hand motions. When they were all on a down beat, I was up…when they shifting sharply to one side…I was confusedly sloppily shifting to the other way.  They all zigged…and I awkwardly and clumsily zagged!

Towards the end of the class, Dean, the dance instructor, stopped the music to give us all a pep talk. He told us we all knew the moves…he encouraged us not to let our minds get in the way of what we know and what we instinctively would do. He said “Your body knows what to do, don’t let your mind get in the way, just feel the music and dance.” He also said even if you do not know what you are doing on the dance floor put on a game face and act like you do…it will go a long way.

I had the best time in that hour and half. I spent the whole time laughing and smiling and letting loose. I was mostly smiling and laughing because I never realized how uncoordinated I was!

Needless to say, I will hip hop dance again in 2017. In general, in life, taking a lesson from this class, even if I don’t know what the future holds, I am going to take on the year with attitude and confidence.
World domination, lots of love, happiness and good times…and dancing to my own beat are my goals for 2017.

I am wishing you all a fantastic 2017 filled with lots of love and strength to get done what you need to get done. Do not sit on the side lines. Do not sit outside of the dance studio. Open the door, take the risk and dance!

Much love to you. Happy New Year.