I am always fascinated about how trends in home and fashion come about. How do all of the manufacturers all know to create a certain look all at the same time? This year, one summer trend blowing up the fashion and home pages is the pom pom craze. Not tassels or fringe or trim but rows of round balls adorning clothing, home textiles and furnishings. Why is it the year of the pom pom? I have no idea. All I know is that I was working at the COCOCOZY offices with my assistant one Saturday a few weeks ago and I had the bright idea that we should work on a pom pom post. I felt like I was having a pom pom epiphany of sorts. I was thinking about how great it would be if we could figure out some photography of me wearing pom pom. Problem was, I looked like a wreck and that would mean we would have to break our focus on the work at hand, go buy/find something pom pom embellished and cute and then put on a mini photo shoot. A lot a lot a lot for one photo. So we put the pom pom post to the side, when about 3 hours later, I realized… 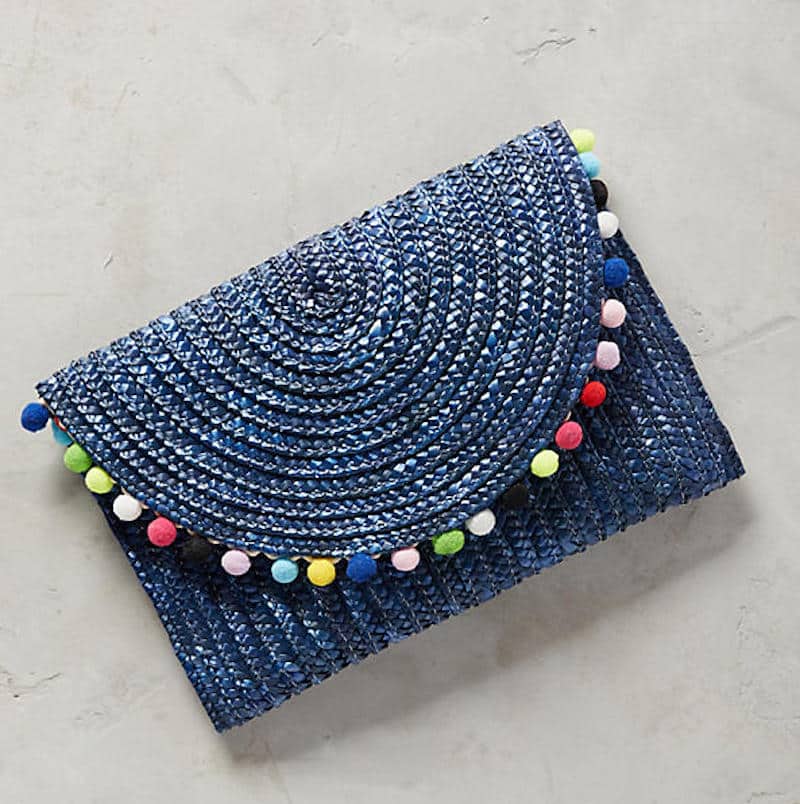 After hours of working on other projects with pom poms still in the back of my mind, I realized that I was actually already wearing the trend.  I was wearing clothes that I already owned that was all be-pompommed.  The grey t-shirt and blue scarf I was wearing both had pom poms all over them.  I was so laser focused on the fact that I didn’t have the exact fashion look to shoot that I failed to realize I actually already had on exactly what I needed. What? Felt a little like an airhead right at that moment! Right? Yes. Right?

We took a few photos of me against one of my COCOCOZY textile patterns that I have blown up into poster size…those first photos did not work out at all because I looked like a weekend slob with no makeup and unbrushed hair…Take two, I put on some cover up and lipstick and whipped a comb through my hair and voila…our feature image for this post was born.

I guess there are three morals to this story: 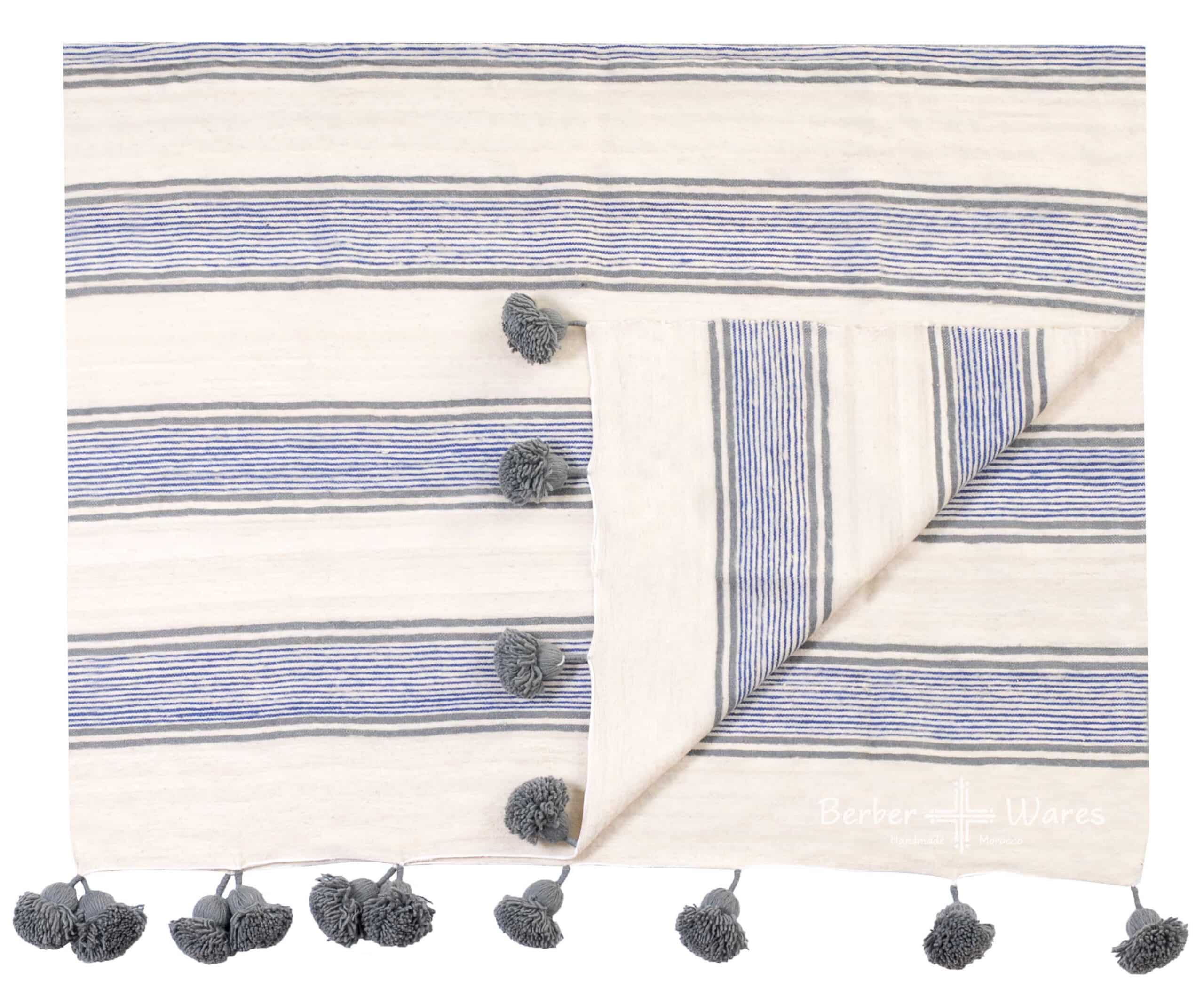 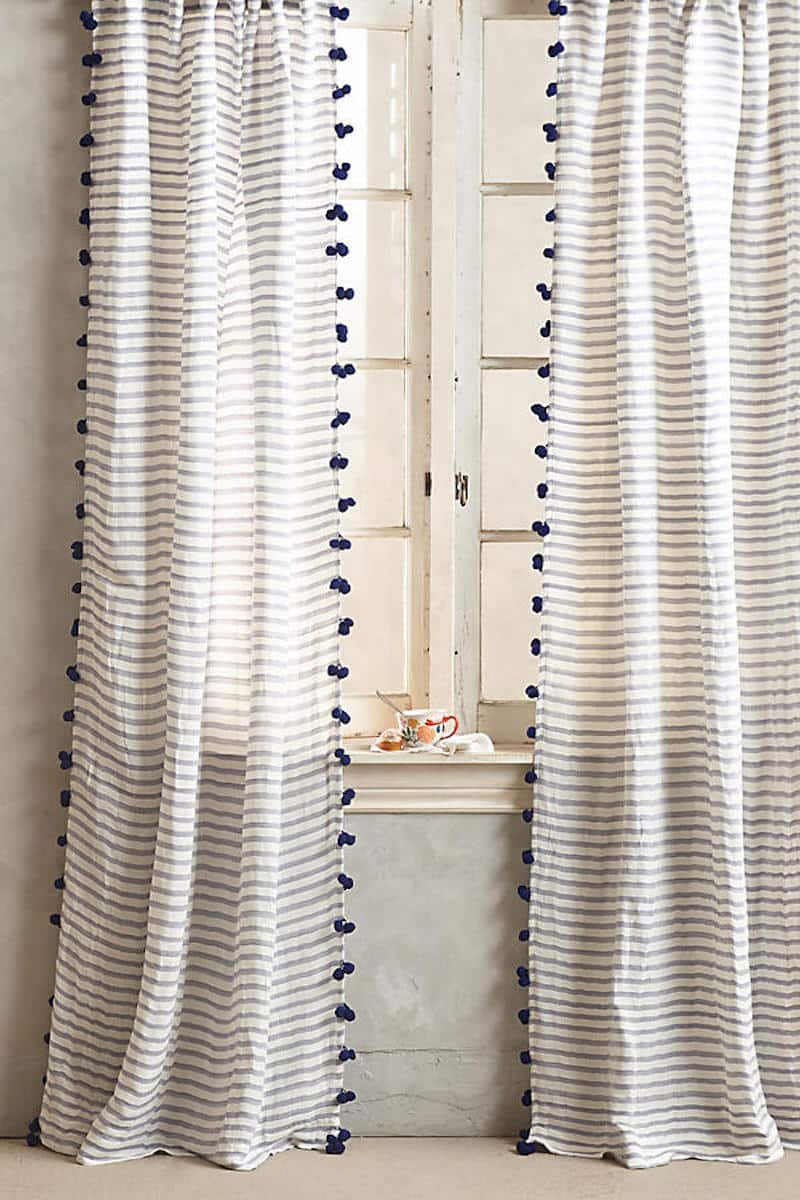 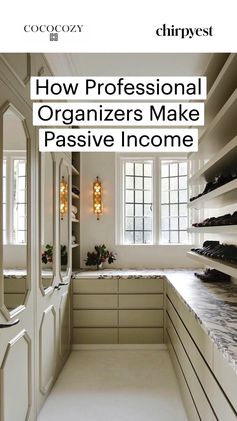