I like this apartment that belongs to Copenhagen based fashion designer Naja Munthe. Naja’s design aesthetic for designing clothing and at her own home are spot on.

Love the use of the encasement iron framed doors and windows inside this 2500 square foot apartment.

This is my type of apartment.  Also notice the herringbone wood floors in the living room and dining room.  Like. Like a lot.

What do you think of this Denmark flat?

P.S.  Back to my weekend in San Francisco and the experience at the 49ers football game.  Highlights of game day were: 1)  hanging out with TE; 2) walking around the huge tailgate in the parking lot which was like a huge bizarre carnival with people with painted faces wearing red who were 49ers fans and others wearing huge slices of cheese on their heads if they were Green Bay Packers fans; 3) the jets flying over the stadium after the national anthem; 4) meeting and sitting next to Brenda and Jerry who have season tickets and who had a whole “game day watching” system down where Jerry had his binoculars and earphones and Brenda somehow managed to find a place in the stadium that sold her mimosas in a plastic champagne glass and she even had 49ers red gloves with fur around the wrists to match all of her other 49ers garb; and, 5) finally watching the very exciting game itself.   There was a moment that was less than a highlight.  A guy spilled a full beer down my coat while I was by myself getting something from the concession stands…I stood in the middle of the crowd with my bottom lip poked out soaking wet in draft beer and at a total loss for words…all of the super fans just looked at me as if to say “Poor thing…oh well…glad that’s not me.”  One lady passed by and actually said “Move out the way sweetheart, you could get hurt.”  Hmmm.  Lesson learned…make TE get all concessions in the future.  That little mishap aside.  All in all, this was only the second professional football game I had ever been to and it was quite fun. 🙂

P.P.S.  Had a great time on Sunday.  TE and I met up with dear friend JO her husband TO and their 2 daughters at Bar Jules in San Francisco for a lovely brunch.  Then TE and I window shopped a bit in Hayes Valley.  Such a cute area of SF. 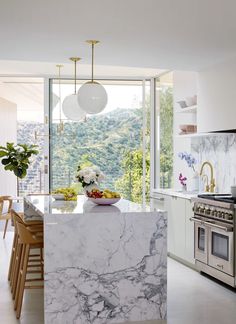 8 responses to “A FASHIONABLE DANISH FLAT!”