An exquisite marble mosaic wall inside the Waterworks store on Melrose in West Hollywood is estimated at $23,000.(above)
Okay…even though only about 9 of you (out of thousands of readers everyday) weighed in and said you wanted BATH WEEK to begin…BATH WEEK is in fact beginning. So much for reverence for the concept of an ideal democracy where every person has a vote (and is supposed to use it) and where the majority prevails (except when Bush beat Gore); on COCOCOZY, the democratic process is not alive and well…only those who sign in have a vote and, in this case, the voting minority wins!! Hip hip hoorah!! (Conceptually there is something very wrong here…)

Anyhooooo….BATH WEEK has arrived. During this week, each day, I will post a photo or two related to baths and bathrooms. Hope you get some inspiration from this.

This first round of pictures was taken by me (it was hot that day and I was a little off and so are some of these photos…please excuse). I went to the Wateworks store this weekend and retook a bunch of photos I had already taken with a “friend” but then had lost my camera while out to drinks with another friend (notice no quotes around this friend while the other “friend” had quotes…you figure it out…P.S. love being so cryptic that I even don’t know what I was referring to months later when I read these posts…makes it kind of a mystery…funny, right?…or is it just not funny at all…hmmm…) so had to retrace my steps some months later and try to take more photos but this time without the “friend” (notice the quotes again) in tow!

Sooooo…the reason I had to go back to that luxury bath store before BATH WEEK began was to take pictures of this damask pattern water jet cut marble mosaic wall. I love this wall. I’ve had dreams about it (is that weird?). The sales associate in the store says that they’ve estimated this wall costs approximately $23,000. Hmmmm….pricey….! He said that all of the curves and cuts and pieces and twists and turns are what makes this wall so expensive.

The damask wall is the feature stand out in this tub area. Surrounded on either side by cream colored hand made subway tiles, adorned with shiny polished nickel hardware (faucet) and enveloped in a smooth limestone surround, this drop in tub is the ultimate in luxury. Perfect for rest and relaxation.

If you don’t have $23,000 to spend on a marble mosaic wall like this, there are two things you can do: 1) Find some great wall decals or wall stickers and put them on the wall behind your shower; or, 2) find a cheaper mosaic tile or regular tile and get the same bold effect by covering an entire bathroom wall in an interesting pattern.

If you must have THIS wall, the store guy said, in order to save a bit, you could blow this mosaic damask up and only have two or three of the repeat patterns on the wall instead of dozens.

Hmmm….wonder what I’ll dream about tonight? A built in shelf on the subway tile portion of the bathtub provides storage and a place for decorative bath accessories.(above) The damask marble mosaic is complimented by a wall of simple off white colored subway tiles on either side of the tub. (above) A polished metal faucet and shower spout add to the gleaming luxuriousness of this retreat.(above and below) (above)
So, here it begins…BATH WEEK! 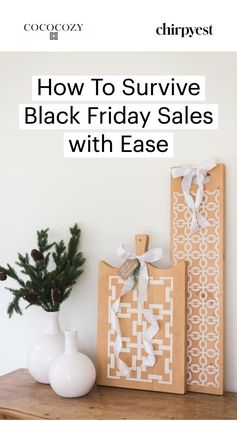 7 responses to “BATH WEEK – AN OPULENT BATHROOM WALL THAT CUTS A THOUSAND WAYS!”