There are so many ways to cover windows. With the dining room and gallery wall it was top priority to make sure the curtains were perfect for the space and amplified the design. This picture window in the dining room looks out over the street.  While the “new owner” mostly keeps the drapes open, it was essential, for privacy, to have some kind of window covering on this large window.

These are the custom two-toned linen drapes I had made for the dining room. The color block curtains are made from 14oz linen in two different colors – an off white and a natural linen. I went back and forth over the color selection. In the end, soft cream and the natural linen were perfect for keeping the dining room light and bright while adding a cozy feel.

I used a curved black iron curtain rod and mounted high on the wall almost to the ceiling. Having the drapes run from floor to ceiling makes everything feel seamless and makes the ceilings feel taller than they are.  If I had mounted the rod right above the window it would have cut the wall in half and made the drapes look less impressive and the wall look cut off.

When I first designed the house, I did not include drapes in my plan. It was too much to think about at the time. I was lucky because the new owner of the house asked me to design all of the new window coverings. I was able to keep my vision for the space.

BEFORE AND AFTER LINEN DRAPES 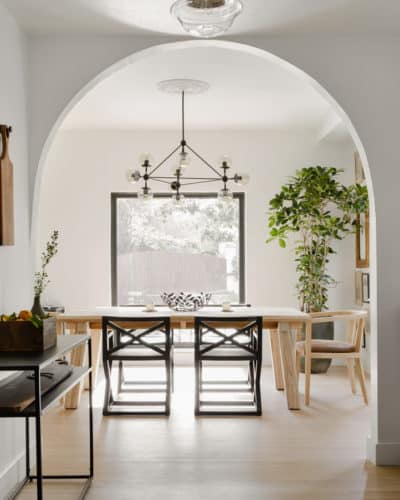 Before the drapes, the dining room had more of a crisp and clean feeling – more modern. 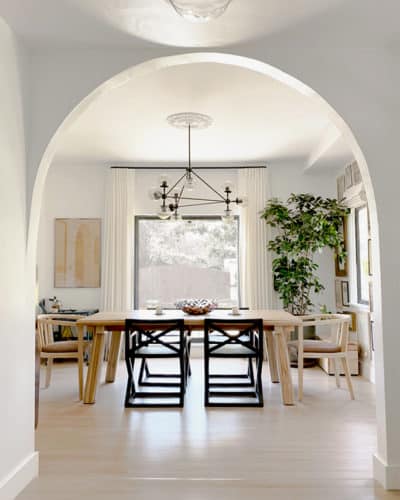 After adding the color block drapery,  the light through the window is filtered subtly and creates a softer more inviting space.

BEFORE AND AFTER LINEN ROMAN SHADES 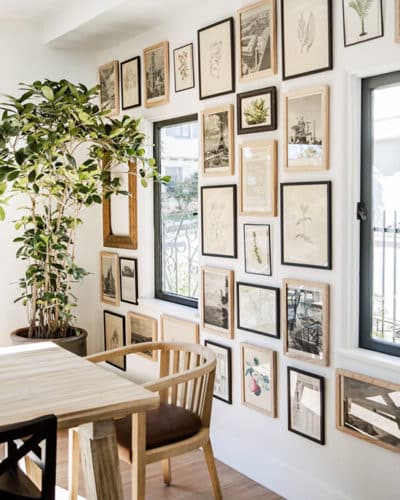 BEFORE – Gallery wall in the dining before shades. 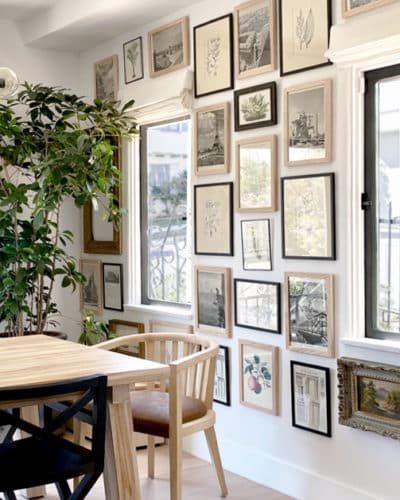 The linen roman shades I designed are bit unique only because we hung them in a different way.. Most roman shades are mounted to cover a third or a portion of the window at all times. I placed them higher above the window in order to let more light in. The addition of shades meant the whole gallery wall had to be moved. In the end, it was well worth the trouble! I can’t image the gallery wall without shades now.

P.S. Will share details on the “new owner” and how she got the house before it even went on the market very soon!