After attending an amazing Delta® Faucet VIP event at the Cooper Hewitt, Smithsonian Design Museum last month in New York for National Design Week, I am feeling inspired to start designing again. I had so much fun at this event that centered on wonderful design that inspires us to incorporate more creativity into our lives. Mega interior designer Nate Berkus and Delta industrial designer Seth Fritz gave a great lecture on the evolution of home design, and then revealed Delta’s new concept faucet! Here’s how the evening went down…

The event was on October 16, 2017 at the Cooper Hewitt, Smithsonian Design Museum in New York.

I arrived in NYC on a Monday afternoon and immediately changed to get uptown to the VIP event. I brought my friend and interior designer Cary Jones along with me, because I figured she would enjoy getting a sneak peek at new design, plus a private tour of the Cooper Hewitt, Smithsonian Design Museum. We walked into a gorgeous tent with greenery dripping from the walls to the ground of the Cooper Hewitt Museum. The event was filled with loads of esteemed designers, influencers, design editors and more. The most striking thing about the event decor was the Delta faucets that were used as floral table centerpieces! Gleaming faucets surrounded by hot pink flowers actually worked.  The architectural lines of the faucets played a great juxtaposition to the soft shapes of the pretty bright flowers.

At one point, I was pulled aside into what felt like a red carpet photo shoot with influencers and Nate Berkus!

Half way through the event, we all took a seat to hear designer Nate Berkus speak to the evolution of home design. He talked about how Delta has been a driving inspiration in bathroom and kitchen design, and design in general, reaching into the past, looking at the present and then dreaming about the future. It was a great lecture, I am a total design geek so I really enjoyed it.

Then there was the big reveal of the new futuristic Delta® concept faucet.

The new concept faucet for 2017-18 was unveiled by Delta® Faucet.  An orb-shaped faucet that really plays with the idea of the sound of water and the Zen relaxing moments.

After the design forecast presentation, one of the best parts of the event was when we were taken on a private after-hours tour of the Cooper Hewitt Museum. It was so amazing to tour the museum at night with no one there! It got me thinking about design again, and getting started on my new line of textiles and rugs. Amazing evening…amazing inspiration.  Thank you to Delta® Faucet!

This is a sponsored post written by me on behalf of Delta Faucet.  The opinions and text are all mine. 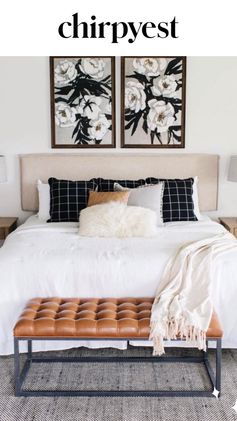